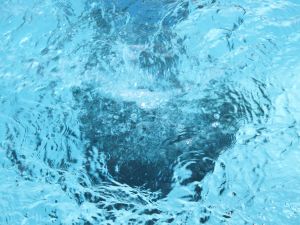 The Carbon Disclosure Project (CDP), which for a decade now has gathered information on what businesses are doing to reduce their impacts on climate change, is now launching into new territory with a Water Disclosure initiative.

The organisation this month has begun sending out water-focused questionnaires to 302 of the world’s largest corporations operating in water-intensive sectors. It expects to release the findings from its first-ever water survey later this year.

“Investors need to be concerned about water because it is already impacting companies’ operations and costs and it will continue to do so,” the organisation stated in a report it issued last year upon announcing its new water project. “Some investors already understand this, but they lack reliable comparable information on which to base their assessments. CDP strongly believes that effective and widespread disclosure of businesses’ water usage, risk profile and opportunities is key to enabling investors to understand the threats and opportunities and to stimulating early action from businesses.”

The Carbon Disclosure Project conducted a small pilot test on corporate water disclosure in 2008 and found that, while most companies have information on their direct water usage, most don’t gather water data related to their supply chains. It also found that only about half of the corporations surveyed viewed water as a potential risk for either their own businesses or their supply chains.

“The measurement and reporting of water availability and usage is itself much more complex than for carbon — for two reasons,” the CDP stated in its report, “CDP Water Disclosure: The Case for Water Disclosure.” “Firstly, water is a local as well as a global issue. Whereas it does not matter whether a tonne of CO2 is emitted in Sydney or Stockholm (in terms of its environmental impact), the impact of extracting a cubic metre of water varies enormously with geography. Secondly, the source and use of the water also make a big difference — the impact of using water that has fallen recently as rain is often different from that of withdrawing water that has been stored in an aquifer for millennia.”

With its new project, the organisation says it aims to gather data that will “provide valuable insight into the strategies deployed by many of the largest companies in the world on water and will be used to help drive investment towards sustainable water use.”