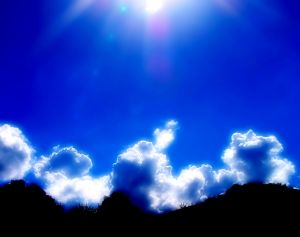 If European and North African power markets worked together, both regions could generate 100 per cent of their electricity from clean, renewable sources by 2050, according to a new study.

The report — prepared by PricewaterhouseCoopers in collaboration with the Potsdam Institute for Climate Impact Research (PIK), the International Institute for Applied Systems Analysis (IIASA) and the European Climate Forum (ECF) — lays out the first-ever policy roadmap toward meeting a mid-century goal for renewable energy.

Such a transformation would address both energy security and supply concerns while also decarbonising electricity generation and contributing to a substantial reduction in energy poverty, the study concludes. The strategy depends on a SuperSmart Grid that would allow for load and demand management independent of when and where power is generated.

Making the most of natural resources and established weather patterns, such a grid  would incorporate:

In addition to focusing on renewables, the study also examined other low-carbon strategies, including expanded nuclear power and the development of carbon capture and storage (CCS) for fossil fuel-based power plants.

“Europe and other parts of the world are arriving at a crossroads where we have the choice and ability to achieve renewable power at scale,” said Gus Schellekens, director of sustainability and climate change for PricewaterhouseCoopers. “Opportunities to use clean and affordable natural sources of electricity have been flirted with over the past 150 years. This study lays out a clear framework of how this time could be different.”

“The combination of increased demand for electricity and security of supply is a very powerful driver of major power sector change in Europe and worldwide,” added Anthony Patt of the International Institute for Applied Systems Analysis. “The study and the roadmap have been formulated to stimulate a debate about energy and climate change possibilities in Europe.”

Currently, Europe’s electricity comes predominantly from fossil fuels (55 per cent) and nuclear power (30 per cent). Fifteen per cent of the continent’s power comes from renewable electricity — mostly from old hydro power stations — and expansion of other renewables, including onshore wind and biomass, has been modest at best to date.

Despite this, the study finds, the technological capability for developing renewable forms of power generation is already in place, or emerging and envisaged, and the economics of the key technologies is improving, albeit in a difficult financing environment.

A renewables powered Europe would change the landscape for consumers and business. Electro-mobility could be introduced on a mass scale, leading to day-to-day transport of people and goods without the CO2 penalty associated with fossil fuels. In North African countries, reliable and potentially unlimited solar electricity could help drive substantial social and economic development across the region.

By 2050, with renewable technologies deployed at scale across Europe and North Africa, significant cost reductions would make the renewable power sector both cost-competitive and a major employer of skilled workers in both Europe and North Africa, according to the report. Developing a strong cooperation for large-scale renewables will also decrease dependence on energy imports and develop strong interdependencies between Europe and its neighbours.

“Climate change requires an ambitious vision and collaboration across borders and boundaries we have not previously envisaged,” said Antonella Battaglini of the Potsdam Institute for Climate Impact Research. “If we don’t examine the art of the possible, we will never inform critical policy decisions that need to be made sooner rather than later. This study represents a major milestone in the effort of unravelling the Gordian knot of policy, and finding workable solutions to the EU’s power supply, security and carbon challenges.”

“Decarbonising the power sector to meet climate change goals is likely to require big increases in renewables and nuclear, as well as the deployment of carbon capture and storage at commercial scale,” added Richard Gledhill, a partner in sustainability and climate change at PricewaterhouseCoopers. “What the study demonstrates is the reality of the game-changing policy and business decisions we will have to make, whatever our energy mix. But it also debunks some of the conventional criticisms of large-scale renewables.

“It is a challenging vision, but it shows how geographic and technological diversification can help address cost and security of supply concerns. Integration with North Africa would unlock allow Europe to huge additional solar capacity. This would require a sustained partnership and the development of closely linked energy policies going forward, but it could pay big dividends in terms of regional development, sustainability and security.”