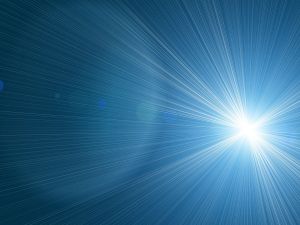 Researchers in Canada say they might have found a way to overcome the cost and technology problems that have kept one of the most promising types of solar cells from becoming the next big thing in clean energy.

The Graetzel solar cell, a dye-sensitised solar cell or DSC, promised the potential for delivering excellent solar-energy-to-electricity conversion rates when it was developed in the early ’90s by Michael Graetzel of Switzerland’s Ecole Polytechnique Federale de Lausanne. However, two key obstacles have stood in the way of the Graetzel cell making a real splash in the renewables marketplaces:

Now, however, chemists at the Université du Québec à Montréal (UQAM) say they might have found alternative materials for both the electrolyte and cathode that are longer-lasting, better-performing and far less costly.

Writing in the journal Nature Chemistry, Benoît Marsan and other members of the UQAM research team say the answer could lie with a cathode of cobalt sulphide — which is less expensive than platinum, more efficient, more stable and easier to produce — and an electrolyte of entirely new molecules created in the laboratory. Taking either liquid or gel form, the new electrolyte is not only non-corrosive and transparent, but can increase the solar cell’s photovoltage capabilities.

“Using this novel … electrolyte … , we achieved an unprecedented efficiency of 6.4 per cent under standard illumination test conditions,” Marsan and his team write in their study. “This novel redox couple offers a viable pathway to develop efficient DSCs with attractive properties for scale up and practical applications.”

In theory, solar energy could more than meet all of humanity’s energy needs: in a single hour, the Earth receives more solar energy than the entire planet uses in a year. Standing in the way, however, has been the cost of photovoltaics, which have made solar energy five or six times more costly than other energy sources like oil or hydropower.