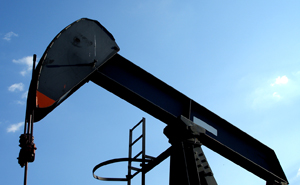 Biofuels are starting to remind Greenbang a bit of Britney Spears at the moment. The biofuels fall from grace has been somewhat marked: first everyone loved it, like Britney, then the wheels came off as supporters changed their minds about biofuels brilliance and started slating them, again much like Britney, and now all those involved in are trying to get it back up and running and keep milking the cash cow. Like Britney. Presumably it’s only a matter of days til switchgrass is photographed being taken away in an ambulance, and ethanol makes a come back in black bikini.

But while the debate over biofuels rumbles away in the background, like an elderly relative after Christmas dinner, Finland’s Neste Oil has come up with a new diesel product called NExBTL: it’s like traditional diesel but with 10 percent added biofuel.

Greenbang doesn’t think she’s heard of any fuel manufacturer going for a higher percentage of biofuels added – if you have, drop us a line in talkback.

Neste says the fuel will suit all diesel motors, and will go on sale around Helsinki soon, followed by distribution across Finland before too long.