Nanoptek gets $4.7 million for carbon-free hydrogen 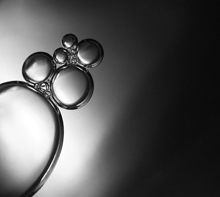 Did you know that air and sunlight can be worth $4.7 million? Of course, it’s not the raw goodies themselves but what you do with them. And Nanoptek has worked out how to do something very, very clever with them – producing hydrogen directly from water using sunlight and its proprietary photocatalyst.

It’s been enough to convince the VCs to find their chequebooks and Nanoptek has announced $4.7 million in funding from The Quercus Trust, Massachusetts Technology Collaborative and private investors.

With all that lovely loot, Nanoptek is going to finish up the development of its field-deployable Solar Hydrogen Generator, develop pilot manufacturing capability, and install the first pilot plant for producing carbon-free hydrogen.

Greenbang would of course flee to an island in the Pacific and spank the lot on champagne, but thankfully no one has yet handed over that kind of cash to her.

Most hydrogen today is produced by steam methane reformation (SMR) of natural gas feedstock. In addition to consuming natural gas, the SMR process releases carbon dioxide, a major greenhouse gas, into the atmosphere. Some hydrogen is produced by electrolysis of water, but this too results in carbon dioxide production unless the electricity used is from wind or solar.

Nanoptek’s Solar Hydrogen Generator (SHG) produces hydrogen directly from water using only sunlight and its proprietary photocatalyst in a process known as photoelectrochemical (PEC) water dissociation, or photolysis. No carbon dioxide is produced. Nanoptek has improved the PEC process by developing a titania photocatalyst that absorbs significantly more sunlight than normal titania. Nanoptek’s patent pending technology achieves this with nano-structures that stress the titania. [….]