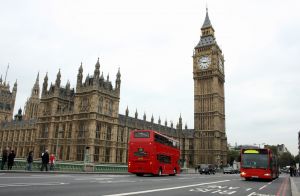 When originally published in March 2007, the draft Bill set out clear legally binding targets for reducing carbon dioxide emissions in the UK by at least 60 per cent by 2050, and from 26 to 32 per cent by 2020.

This is to be based on a new system of “carbon budgets” set at least 15 years ahead. It also proposed the creation of a new independent, expert Committee on Climate Change to advise on the best way to achieve these targets.

The Department for Environment Food and Rural Affairs released this statement:

The changes to the draft Bill, set out in a Command Paper entitled ‘Taking Forward the UK Climate Change Bill’ published today, include:

“We need to step up the fight against climate change and we need to do it fast.

“The draft bill we set out earlier this year, and have now refined, is a ground breaking blueprint for moving the UK towards a low carbon economy. It will bind us to legally enforceable emissions reduction targets at home, while giving us greater clout at the international negotiating table.

“I  am extremely grateful for the invaluable input from the three Parliamentary committees, and from industry and the wider public that has brought us to this point. Thanks to their efforts we will now have a Bill that is stronger, more effective and more transparent.

“In short, they have helped make a good Bill better.”