Italy has been victim to nearly 300 cases of chikungunya fever – a virus spread by mosquitos, Associated Press reports, even though the virus is more commonly seen in Africa and Asia.

“While the mostly nonfatal outbreak was largely the result of increasingly global trade and travel ties, some experts believe it is a sign of how global warming is creating new breeding grounds for diseases long confined to subtropical climates.”

“Officials at the European Centre for Disease Prevention and Control (ECDC) said the particularly mild winter in Italy allowed mosquitoes to start breeding earlier than usual, giving the insect population a boost.” 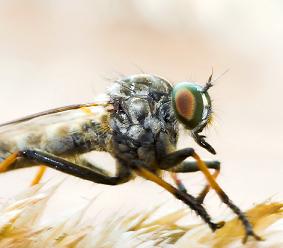 Anxious experts say the tiger mosquito might be capable of spreading more dangerous diseases like dengue fever and yellow fever.

“Dengue would certainly be more worrying than chikungunya,” said Denis Coulombier, the ECDC’s head of preparedness and response. “It is something we need to keep an eye on, because the possibility is there.”