More uses for that laptop battery… 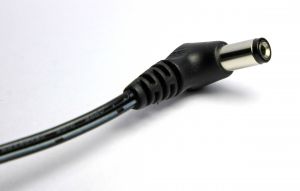 Car companies are falling over themselves to be clean and green.

Rather late in the day VW is joining forces with Sanyo Electric to develop a lithium-ion battery (yes, like the one that powers your laptop but rather bigger) to drive its hybrid and electric cars. According to reports, though, the battery won’t be ready until 2012, so don’t cancel the Ferrari.

Of course, the best known eco-jamjar is the Toyota Prius which rather embarrassingly came second to a BMW 3-series petrol driven car in road-test done by the Sunday Times a couple of weeks ago, so there is still some tweaking to be done to the technology before it can be judged truly green. That may come with the lithium-ion batteries that Toyota is working on with Matsushita Electric Industrial, and which should be ready in quantities for use in Toyota hybrids by 2010.

Nissan has also teamed up with NEC to start mass-production of a lithium-ion battery for an electric car, although no date is given

The thing about lithium-ion batteries is that they are smaller and lighter than the big nickel-hydrogen batteries that are used in a lot of electric vehicles so far.

But the Japanase mass-producers don’t have it all to themselves. General Motors is planning in 2010 to launch the Chevy Volt (the clue’s in the name) which will run on a lithium-ion battery, will be rechargeable from the home electricity supply, and will give 40 miles of running before it cuts over to petrol or ethanol.

For the record, reports say GM is working with two possible sources for the batteries –  Korean-owned Compact Power, and Continental Automotive Services of Germany.

Greenbang applauds these moves, but wonders why ace inventor Trevor Baylis can’t come up with a wind-up car, just like his wind-up radio………or maybe he will?