renewables58
Over the past year, the UK has seen a significant increase in the amount of energy it gets from renewable sources, with one contributing... 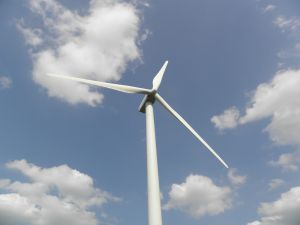 Over the past year, the UK has seen a significant increase in the amount of energy it gets from renewable sources, with one contributing factor being a return to higher, more normal wind speeds and rainfall. Nearly 10 percent of all Britain’s power is now renewably generated.

Low wind speeds and low rainfall in Scotland and Northern Ireland last year led to a decline in wind-generated electricity and hydropower, according to the latest energy statistics from the UK’s Department of Energy and Climate Change (DECC). That drop occurred even as Scotland in particular added a lot more wind capacity in 2010.

During that same period, electricity consumption also dropped. Most of the reduction came from residential users, and a large proportion of the decline could be attributed to milder-than-average weather. This past April, the DECC report noted, was the warmest on record in the UK.

RenewableUK, formerly the British Wind Energy Association, welcomed the news that nearly half of the country’s renewable energy now comes from wind power.

“These statistics show … the wind industry making a tremendous contribution to the nation’s energy supply,” said Gordon Edge, director of policy for RenewableUK. “Wind is now providing enough power to supply nearly three and a quarter million homes in the UK. The amount of wind can of course vary from month to month, but year on year, we can expect the role of wind energy to continue to grow, providing us with a secure alternative to expensive fossil fuel imports.”