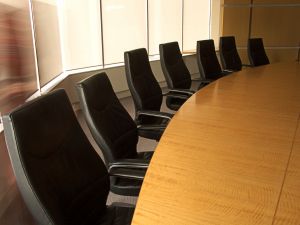 A record number of companies were put in the shareholder hot-seat last year by US investors who they say the firms aren’t doing enough to disclose and manage how their business will be affected by climate change.

According to Ceres, a coalition focused on business sustainability, investors filed 95 shareholder resolutions with 82 US and Canadian companies in 2009 — a 40 per cent increase in filings over the previous year. Ceres calls the jump a “first sign of the growing pressure on companies to disclose climate risks and opportunities in the wake of the recent Securities and Exchange Commission’s climate disclosure guidance and other recent policy developments.”

Shareholder resolutions are proposals to vote on certain issues at a company’s annual shareholder meeting. While they’re typically non-binding, the results of such votes often generate significant media attention and can put pressure on a business to change its policies.

Among the companies targeted by investors last year were ExxonMobil and ConocoPhillips. Both were asked to report on regulatory, legal and reputational risks, as well as environmental impacts, from their extensive Canadian oil sands operations.

“As the SEC recently affirmed with its disclosure guidance, climate change presents clear material risks and opportunities for US businesses — and investors have a right to know which companies are well prepared and which are not,” said Mindy S. Lubber, president of Ceres, which helps coordinate the shareholder filings.

Besides ExxonMobil and ConocoPhillips, other companies at which energy- and climate-related resolutions were filed last year include: