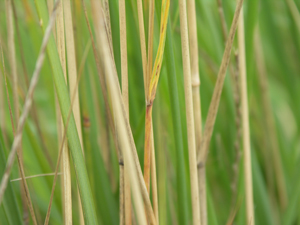 You can’t open a paper at the moment without reading some piece about feedstock biofuels pushing up the prices of food. It’s enough to put you off your breakfast. Particularly if your breakfast is made of sorghum or corn-based ethanol.

It’s not, however, enough to put some companies off working on biofuels altogether.

Monsanto has announced a partnership with Mendel Biotechnology to work on the development of Mendel’s BioEnergy Seeds & Feedstocks business, with Monsanto helping out with its brains on testing, breeding, and development of grass seeds for biofuels.

The pair have been sitting in a tree, as the playground would have it, for over a decade, tinkering with crops likes soy and canola.

In other biofuels/food prices news, George Bush would like you to know that there’s nothing to see here, please move along now, thank you.

The folks at The Guardian has these gems dropping from the President’s mouth this week:

He said the rise in food prices has been caused by weather, increased demand and energy prices, while only a small part is due to the production of corn-based ethanol.

“And the truth of the matter is, it’s in our national interest that we — our farmers — grow energy, as opposed to us purchasing energy from parts of the world that are unstable or may not like us.”