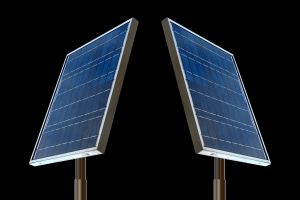 Greenbang has always held MIT in some respect. They walk in shadow, move in silence, guard against extraterrestrial violence. They’re the first, last and only line of defence against the worst scum of the universe, and to give them their due, they keep Will Smith in gainful employment. All that fighting off space monsters and nary a dent in the Ray Bans. Props to them.

Aside from all that, MIT (oh alright, that’s the Massachusetts Institute of Technology, presumably not affiliated with the MIB) has also manage to strike a deal with the Fraunhofer Institute, the largest solar lab in Europe, to set up a sustainable energy systems centre.

The centre has landed $5 million from the Massachusetts Technology Collaborative to help with start up costs and $1 million over five years from utility National Grid.

The centre will be based in.. guess! Yes, Massachusetts, and will work on solar, green buildings and energy device prototyping projects and other tasty fields of sustainable energy.

“We look forward to working with MIT to establish a close relationship with the New England Energy Cluster; thereby facilitating the quick transfer of the results of the Center’s applied research to the commercial sector.” The center’s goal in solar is to significantly reduce the cost of solar over the next five years by employing advanced materials and “smart” electronics to research, design and build better “plug-and-play” solar modules. The MIT-Fraunhofer center’s mission in green buildings is to substantially reduce the energy consumption of new and retrofitted structures by adapting state-of-the-art building technology on both sides of the Atlantic to local needs, while further developing the technology in conjunction with MIT’s excellence in advanced materials R&D and computer simulation capabilities.”