Missing: 75 per cent of carbon emissions 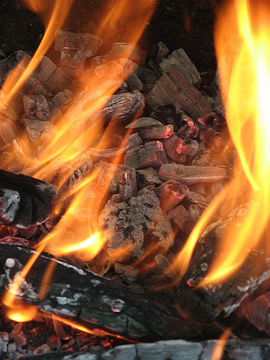 It looks like businesses are working out their carbon calculations in much the same way Greenbang works out her tax returns and daily alcohol consumption: by leaving roughly 75 percent of it out.

Yep, according to Carnegie Mellon University, most companies are leaving out the lion’s share of the carbon they generate by only taking into account the emissions they generate.

Accepted frameworks for tracking industry carbon emissions rely on “tiers” of increasingly broad scope. Tier one generally includes emissions by the company’s own activities, such as burning gasoline in fleet vehicles or natural gas in its facilities. The second tier boundary expands to include emissions from electricity and steam purchased by the company. Tier three includes all other emissions, including the entire supply chain of goods and services.

Naturally, businesses only think about the credits they generate in the first and second tiers. Heavens, who knew? Businesses trying to weasel out of confessing their eco-sins – next you’ll be telling Greenbang that you don’t have to milk bees to get the honey out.

The Carnegie Mellon Uni types have found that two-thirds of industries ignore three quarters of their emissions if they just look at their first or second tiers, with most industries only generating 14 per cent of their carbon dioxide in tier one and 12 per cent in tier two.

For the publishing industry, tier one is just six per cent, with all sorts of nastiness further down in the supply chain usually ignored. Ouch.