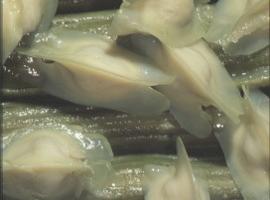 A highly beneficial tree native to northwest India could help provide cleaner drinking water to millions of people across the developing world.

Now, new research shows that the tree’s seeds could provide a low-cost means of water purification that could drastically reduce water-borne diseases in the developing world.

Michael Lea, a researcher at Clearinghouse, a Canadian organisation dedicated to investigating and implementing low-cost water purification technologies, says the Moringa-based water treatment technique can produce a 90 to 99.99 per cent reduction in bacteria in previously untreated water. He outlines the procedure at the site Current Protocols as part of John Wiley & Sons’ Corporate Citizenship Initiative.

“Moringa oleifera is a vegetable tree which is grown in Africa, Central and South America, the Indian subcontinent, and South East Asia,” Lea said. “It could be considered to be one of the world’s most useful trees. Not only is it drought resistant, it also yields cooking and lighting oil, soil fertiliser, as well as highly nutritious food in the form of its pods, leaves, seeds and flowers. Perhaps most importantly, its seeds can be used to purify drinking water at virtually no cost.”

When crushed into a powder, Moringa seeds can be used to remove pathogens from turbid surface water, Lea said. The treatment also technique reduces cloudiness, making water not only more fit for drinking but more aesthetically appealing as well.

Despite its live-saving potential, the technique is still not widely known, even in areas where the Moringa is routinely cultivated. Lea said he hopes that, by publishing the technique in a freely available protocol format for the first time, it will become easier to disseminate the procedure to communities that need it.

“This technique does not represent a total solution to the threat of waterborne disease,” Lea said. “However, given that the cultivation and use of the Moringa tree can bring benefits in the shape of nutrition and income as well as of far purer water, there is the possibility that thousands of 21st century families could find themselves liberated from what should now be universally seen as19th century causes of death and disease. This is an amazing prospect, and one in which a huge amount of human potential could be released. This is particularly mind-boggling when you think it might all come down to one incredibly useful tree.”

Currently, some one billion people across Asia, Africa, and Latin America rely on untreated surface water sources for their daily drinking and cooking needs. An estimated two million people — most of them children under the age of five — die from water-borne diseases every year.