Manchester1 Stern2
A ‘mini Stern’ report for Manchester claims doing nothing to combat the problems of climate change would cost the city £21bn over the next... 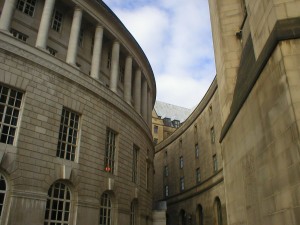 A ‘mini Stern’ report for Manchester claims doing nothing to combat the problems of climate change would cost the city £21bn over the next decade, with the cost to the whole North West region totalling up to £70bn.

Dubbed the ‘Mini-Stern for Manchester’ the report was commissioned by Manchester Enterprises, the city’s economic development agency, and it calls the city to introduce new legislation and policies to help move to a low carbon economy.

Government minister of state for the environment, Phil Woolas, said the report was “globally ground breaking”:

“The report emphasises that if businesses make changes in response to the government’s drive for more renewable energies and take advantage of the opportunities to improve their energy infrastructures they could become more competitive.”

The Deloitte produced report presents Manchester with a stark choice – either to innovate and adapt its industries or to reduce output in order to reduce emissions.

“The report identifies the need for strong leadership and the careful use of public policy intervention tools to assist and promote economic growth in the context of an emerging new low carbon economy. The support of the business community will be vital and a consistent policy aproach that reduces market uncertainty is essential.”