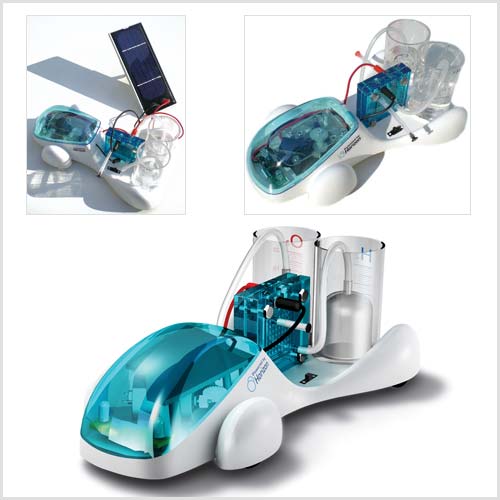 So if it’s a hydro car you’re after, the Natural History Museum has just put some on sale. Thing is, they’re not quite full size – they’re more educational toys.

This month’s “green gift” from the musem is a “futuristic car that explores one of the most advanced technologies of the twenty-first century”.

“The car operates on 100 per cent clean fuel produced by a reversible fuel cell that converts water to hydrogen using energy captured from the sun. Assemble the car from the kit, learning about the science behind the clean fuel as you build it.”