Mine trains turn to hydrogen 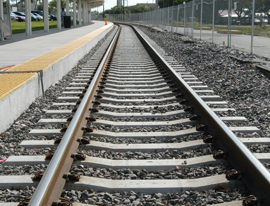 Hydrogen as fuel has conquered cars and trucks – so where next for the plucky little gas? Trains, of course.

In news that will doubtless have Benjamin Franklin spinning in his grave, hydrogen fuel cell trains could be about to replace trains that rely on electrified tracks, with several mining companies testing out the technology already, doubtless crushing canary bones under their wheels as they go.

No word on what it could mean for steam power though – Thomas the Tank Engine and chums are apparently not best pleased.

Full story over at courant.com.

“Where will the hydrogen to fuel this rail revolution come from and what will it cost? Surprisingly, much of it is free. Several chemical manufacturing processes vent hydrogen as a waste product. Because chemicals are shipped by rail, hydrogen cleaning and compressing, along with trackside delivery systems, are the only serious expenses involved. As many as 10 of Indian Railways’ first hydrail trains may run free of fuel costs, using chemical plant hydrogen now vented to the air.”