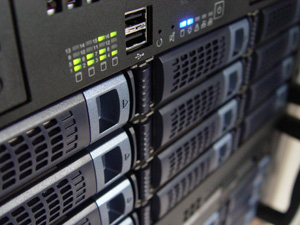 Ah, Microsoft. You’ve got to love them. They’ve come up with such great computing innovations as Clippy. You know – that annoying paperclip that used to pop up and say stuff like ‘it looks like you’re writing a letter. Can I help?’

But that’s not Microsoft’s only contribution to computing, oh no. It’s putting its not inconsiderable cash resources towards making datacentres that little bit more energy efficient, using two methods: pay for play, where energy consumption is lowered when a machine is idle or not doing that much, and improving energy efficiency for machines at peak load through the likes of better hardware design, software, networking, benchmarking, analysis, virtualisation or anything else it can think of.

It’s announced this week it’s giving out grants worth to $500,000 four academic computing projects which aim to cut the power that datacentres suck up.

After a slight fumble with the gold envelope, Greenbang can tell you the lucky winners are:

•“Building a Building-scale Power Analysis Infrastructure”; Stanford University; for the design and deployment of a dense sensor network for power analysis, producing data for future research on power-aware computing

•“A Synergistic Approach to Adaptive Power Management”; Harvard University; for the development of a dynamic runtime environment that ensures that power consumption is proportional to the computational demands made on the system

•“Simulating Low Power x86 Architectures with Sooner, a Phoenix-based Simulation Framework”; University of Oklahoma; for the development of a simulation framework that supports the study of low-power microarchitectures for innovative multicore systems