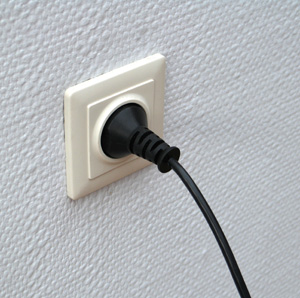 If you listen to the Guardian, microgeneration (solar panels on people’s roofs and similar wee energy projects) could soon beat nuclear energy in a fight. It reminds Greenbang of the infamous 40 midgets versus a tiger wrestling match, although the outcome for the micro element there wasn’t so favourable there.

Says the Guardian, if we all started topping off our homes with small wind or solar generating units, we’d be creating the energy equivalent of five nuclear power stations.
The Guardian’s thinking was inspired by a new report by the Department for Business, Energy and Regulatory Reform, commissioned to investigate microgeneration. The Micropower Council (not affiliated to the midget wrestlers, who doubtless had a lot of micro power) has summarised the findings like this, for your reading pleasure:

That a range of these support measures would be needed, including:

1. A long lasting and consumer-friendly financial incentives scheme to stimulate substantial uptake (to deliver the equivalent of over 40p/kWh in above energy price for wind and photovoltaics, 5p/kWh for microCHP and 2p/kWh for sustainable heat technologies such as heat pumps and solar thermal systems).
2. Flexibility for consumers to choose to receive these incentives up-front or spread out over a long period to help with the high initial costs of equipment and installation.
3. Adhering to the policy of zero carbon new build housing from 2016 and all buildings in 2019, with clarity over the extent to which developers are allowed to offset their consumption using offsite electricity generation.
4. Large scale field trials or an early public procurement scheme to support technologies that are not yet ready for full-scale commercial production.
5. Continued consumer campaigns to improve consumer accounting for energy-based decisions, focused on lengthening consumer time horizons when considering energy purchase.