Making fuel from CO2 – does this man have the answers? 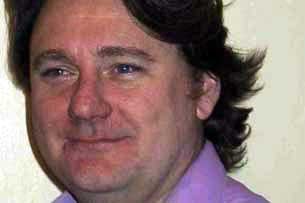 They say the first person to invent a way to capture carbon emissions will be the one who makes all the money in this green business game.

Meet head of Origo Industries Ian Houston, a man who claims to have such technology in his pocket.

To prove it, he took his own Mitsubishi Shogun diesel 2.5, and attached the carbon-capturing device to it. He then took it down to an independent emissions testing centre in Bristol. The emissions reduction was from a factory standard 275g down to a 110g – quite a big leap.

“We will fit this to your car,” says the ex-military engineer. “For someone who lives in London and drives a high-emissions car, it costs a lot of money a year to tax that. And then there’s congestion charging.

“There’s something like 50,000 Chealsea tractors in London, but with this device they will now not pay congestion tax. It would put something like that into band B. 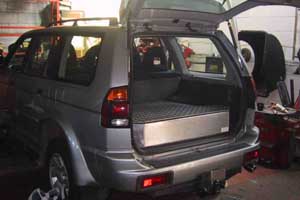 “You can change your cartridge at the fuel garage. Various forecourt names are interested in doing a reward-card scheme when you exchange that.”

So that’s step one – but here’s the clever part about this: Mr Ian Houston says he can take those CO2 cartridges and, using a specially developed algae, turn that CO2 back into a type of oil fuel.

“Now a country on its own emissions can supply its own fuel. It’s a closed loop system. If you fill your car up on a Monday, we can give you the fuel back with a fresh cartridge.

“It’s oil-based. We squeeze the algae plant and we can then put that straight back in. I picked the Shogun to prove a point with this. It’s my car, but it’s also big.”

Greenbang hasn’t seen this in action yet, but we’re meeting Mr Houston very soon. We’ve not had time to check the claims or the technology yet either.

But we do know some rather large companies that have. And they’ve even made some rather large offers to buy Mr Houston’s technology. The last one was for more than a billion pounds’ investment from “caveats”, as he calls them. In fact, a number of them have tried to bug Mr Houston’s phone and hack his computer, he says.

“I’ve told them all that this needs to provide British jobs, but they don’t seem to understand. All people here think about is tax breaks from taking this abroad.”

Though the offers have been sky high, Mr Houston knows that is not nearly enough for the market he’s sitting on. And that’s because if he owns the technology to capture carbon, carbon trading companies are going to take a massive interest in his work.

“It’s nuts,” he says. We think the value of carbon trading in five years time will be £2.5tn. By owning the emissions, you own the money.”

Mr Houston is talking to some pretty big names and brands – many of which seem pretty gobsmacked at his find. Oddly, the one organisation set up to help these kinds of businesses, the Carbon Trust, didn’t sound like it had much interest, but that’s another story.

So will we see more of Mr Houston around the green scene? Well all this sounds too good to be true, as it is a massive find.

But the companies he is working with are credible brands. (We promised not to mention them.) And so are the companies testing the technology.

So it’s wait and see. Our bet is we’ll be seeing a lot more of him.