wind energy92
Canada is now generating more than 4,600 megawatts of electricity from wind power, enough to power more than one million homes … which sounds... 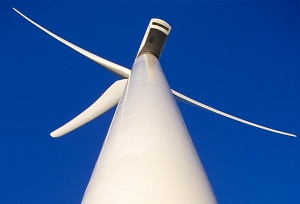 Canada is now generating more than 4,600 megawatts of electricity from wind power, enough to power more than one million homes … which sounds like quite a bit until you realize that’s just 2 percent of the nation’s total electricity demand.

Not that the country is a slouch in renewable energy development. It currently gets about 16 percent of its electricity from renewable sources, with hydropower the dominant form. Additional energy comes from biomass, solar, geothermal and ocean energy, as well as wind.

However, compared to a country like Germany, which generates a similar proportion of its energy from renewables but gets some 26,000 megawatts from wind power, Canada’s wind industry has a lot of catching up to do.

GE has been working to accelerate Canada’s use of wind energy by installing turbines across the country. Its 1,000th turbine is set to start spinning at Cartier Wind Energy’s Gros Morne project in Quebec next month, and the company expects to have more than 1,100 installed by the end of the year.

“Canada has a long history of supporting wind power,” said Simon Olivier, general manager of sales for GE’s renewable energy business in Canada. “We are committed to working with developers such as Cartier to continue installing and improving technology that will help harness the country’s abundant wind resources.”