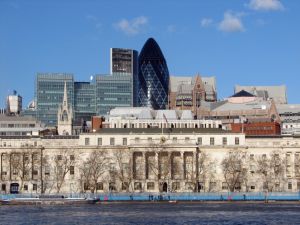 London officials today heard from an expert who offered a host of ideas for helping their city to follow in the footsteps of Europe’s greenest city: Copenhagen.

Peter Elsman, Copenhagen’s former managing director of the Environment, Water and Energy Department, suggested a number of ways in which London could meet Mayor Boris Johnson’s proposed goal of cutting carbon emissions by 60 per cent by 2050. They included initiatives to:

“London wants to become a low-carbon city but it has a long way to go compared with league leaders such as Copenhagen,” said Murad Qureshi, chair of the London Assembly’s Environment Committee. “I hope that what we have heard today will help London to reach its carbon reduction goals.”

The 2009 “European Green City Index” (PDF), a research report sponsored by Siemens and conducted by The Economist Intelligence Unit, ranked Copenhagen as the continent’s greenest city overall, with a score of 87.31 out of a possible 100. London ranked 11th with a score of 71.56.

Copenhagen has also announced plans to become the world’s first carbon-neutral capital by 2025.

Isabel Dedring, the mayor’s environmental advisor,  acknowledged that one of the challenges to reducing carbon emissions is the significant differences across the capital in carbon emissions per household, with factors such as house size and vehicle power making the biggest contribution to an individual’s carbon footprint.

The Environment Committee plans to submit its formal response to the mayor’s Climate Change Mitigation and Energy Strategy sometime this month.