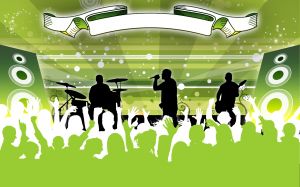 Thankfully Greenbang’s nightclubbing days are behind her.  She couldn’t dance to save her life but that didn’t stop her, a Friday night would always consist of too much vodka followed by painful feet the next morning and much ridicule from her friends – it was never an attractive site.

That said, there is a nightclub that might just about be worth a visit.  An eco nightclub called Surya opens tonight in the Kings Cross area of London.  Pisoelectric energy from dancers squashing of crystals underneath the dance floor will generate up to 50 per cent of the club’s electricity – so basically fat, energetic dancers are better.  A series of small wind turbines on the roof is also expected to create a surplus of electricity that can be supplied to local businesses.

The project is the brainchild of Andrew Charalambous, a property magnate who helped support Boris Johnson’s mayoral campaign.

Speaking on Radio 4’s Today the club’s chief designer, Hatty Spice, commented “everything we use has to be recycled, reclaimed, environmentally friendly.”

Greenbang has also heard a rumour that members of the shadow cabinet will be at tonight’s launch, albeit the Tory press office couldn’t confirm who.  Is it just Greenbang or is there something deeply unsettling about old politicians getting sweaty whilst they bump and grind – hmmm William Hague.  Who knows, looks may be deceptive but Greenbang cannot imagine the shadow environment secretary Peter Ainsworth will do anything other than dad dancing.