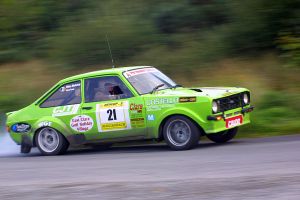 This month sees Greenbang don her curly wig, head north and cram as many Beatles lyrics into conversation as possible. With a train ticket already in hand the good lady is heading to on the 12th for Green Car Guide Live! 2008.

Had it been held just two weeks earlier it would have been the world’s first green car show – well, that’s the honour being claimed by the Eden Project’s ‘Sexy Green Car Show’, which ended yesterday. Not to be outdone however, it is being hyped as the ’s biggest assembly of environmentally friendly cars.

From the list of exhibitors, it’s also being taken quite seriously by the car world with Ford, Lexis, Mercedes, BMW and the like all being there. But, this is not necessarily what’s grabbed our attention. Origo Industries will be displaying its carbon capture technology for the first time at the show and Greenbang will be catching up with the inventor, Ian Houston. The prospect of being able to drive around in an, albeit large, 4×4 and produce nearly no emissions is the holy-grail for the industry and worth the train fare alone.

Whetting our appetite for all things fast and fun Greenbang will also be taking a look at the many green sports cars on show, in particular, a class-winning Range Rover that runs exclusively on biofuel and, more revolutionary, a hybrid Honda Civic. We at Greenbang never knew rally engineers cared about fuel efficiency. We’re also a little perplexed as to why a hybrid, weighed down by batteries, will make a great rally car; are petrol prices really that high?

From the business world, Greenbang will also be meeting with Tesco.com’s fleet engineering manager to discuss the company’s plans for a fleet of electric vehicles.