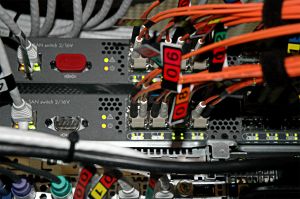 It may have just been a slightly simplistic mind but it always seemed that in days of old you needed a PhD in computer science to even contemplate working with Linux.  Using it required a list of various commands and a knowledge of computer controls and the only reason it picked up was that it was cheap.

Admittedly that was eight years ago and its usability is now a lot better.  However, according to tests run by Network World Linux also appears to be the greener option for servers.  The magazine has pitted Windows 2008 Server against Red Hat and Suse Linux server offerings, putting the two through a multitude of tests.

The simple result is that Red Hat gets a shiny green badge to sew onto bluetooth dongles.  For those that have the computer science PhD Network World has produced a six page report and the full methodology behind the tests has also been produced.

The magazine stated, “our tests point to Linux as the winner of the green flag by margins that topped out at 12%. But we must note that our results are full of stipulations imposed by our test bed, and as the more truthful car advertisements might warn — your wattage may vary.

“No matter the operating system, Windows or Linux, the leading form of power conservation comes from throttling back the CPU to let the server rest during quiet activity times. Spinning down hard disks to a quieter state is the other major power-saving setting available to Windows servers.”