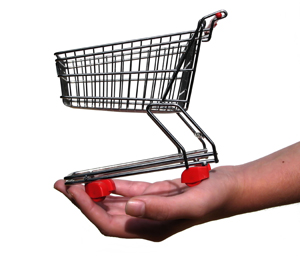 Unlike most Aussies in London, Daniel Labbad, the CEO of Lend Lease Retail and Communities UK has managed to stay out of his local Walkabout. Instead, he’s spent the last few years working on Lend Lease’s sustainable buildings projects – including the temple of commerce that is the Bluewater shopping centre in Kent.

Labbad was at this week’s Living in a Low Carbon World conference, having a chat about the greening of Kentish mall.

One way the the company has come up with to get staff interested in green practices: bribe them. Sustainable practices are now a part of their performance bonuses – funnily enough, a very effective way of getting otherwise disinterested employees see the attraction of greener practices.

They’ve managed to sell sustainability to their clients not by adding it on as an additional cost but instead figuring into the fixed costs across the board.

With staff and contractors all on board, Lend Lease measured the carbon footprint of all of its UK operations in 2007 – and Bluewater showed up as contributing 65 percent of the whole emissions shebang.

After passing the bad news onto the teams in charge of Bluewater, carbon became a matter of pride for the Kentish folk who were ‘letting the side down’. Since then, Bluewater’s cut 10 percent off its carbon footprint this year alone.

Good work on the carbon cutting. No word if they’re working on cutting the number of lairy teenagers hanging around the cinema though.