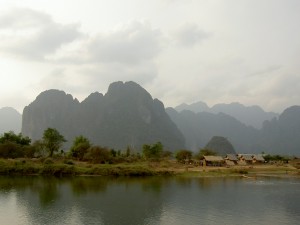 Global river protection group International Rivers has appealed to the Lao government to explore economic alternatives to hydropower and designate the Mekong mainstream off limits to dam development.

This comes after research revealed Lao villagers are being sold out in hydro deals that take their fertile farmland and river fisheries, leaving them without critical sources of food and income.

Laos has declared it a national priority to speed up the country’s development through the rapid construction of large dams that export hydropower to neighbouring Thailand and Vietnam. There are six dams already in operation, seven currently under construction, 12 more in the works and development deals pending on another 35.

According to the International Rivers report, dam deals appear to be made on a first-come, first-served basis, mostly to international developers. One of the major problems is that the Lao Water Resources and Environment Agency lacks the authority to make dam developers pay for the social and environmental costs of their projects.

“Big dams don’t develop Laos, they destroy invaluable rivers and resources upon which Lao people depend on for daily survival.”

The people of Laos are among the poorest in the region, with 80 per cent farmers who have few other means to meet their basic needs and earn a living.

”For only 360MW of electricity, Don Sahong dam would devastate fisheries that are central to people’s food security and the wider economy and undermine the region’s growing tourism potential. In a region where wild-capture fisheries are valued at $2bn per year, these dams simply don’t add up.”

You can find more information about the report here.