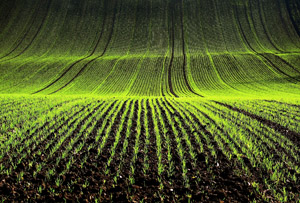 Imagine if you could create biofuels from something that turned up ceaselessly and everyone hated and didn’t take up any extra resources into the bargain – like, say, red phone bills, armpit hair, cheese rinds or dust – that would be quite good, right?

Well, scientists have apparently pinpointed an equally unloved plant with lots of biofuels potential, according to the Discovery Channel, and it goes by the name of kudzu.

It’s a very persistent, climbing vine and it grows at a rate of knots. It traditionally lives in Asia but it’s also turned up in the US, where researchers from University of Toronto and US Department of Agriculture are wondering if it could end up at ethanol, says the Channel.

The boffins have found out that kudzu makes 2.2 to 5.3 tons of carbohydrate per acre in much of the South, or about 270 gallons per acre of ethanol.

Given that kudzu is turns up with the regularity of £3 wine at a party, there could be potentially no need to invest in actually feeding or watering the plant in any future biofuels venture.