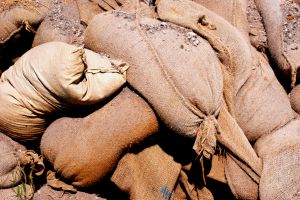 An immigrant from the Kiribati islands in the Pacific is appealing to the Australian Government to help in evacuations, saying her homeland is sinking under rising sea levels.

“In 1991 I was having breakfast in my sister’s home one morning when there happened to be a king tide and waves crashed over a retaining wall and swept into the house and we found ourselves up to our ankles in sea water in the kitchen. I was shocked at this, but my sisters were laughing…they were used to it.

“Salt water is mixing with the groundwater and contaminating wells. Soon vital food providing plants and trees are going to die. Our people are inevitably going to have to abandon their land.”

Kiribati – formerly known as the Gilbert Islands – is composed of 32 atolls and one raised coral island dispersed over 3,500,000 square kilometres off the north east coast of Australia. With few natural resources it relies on export of Copra and fish as well as aid from Japan Australia and New Zealand.