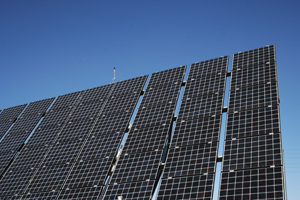 You’ve got to love the Japanese response to their Prime Minister, Yasuo Fukuda.  On the 9th of June Mr Fukuda called for a tenfold increase in solar power by 2020.  Within a month Showa Shell Sekiyu, the Japanese subsidiary of Shell and the country’s fifth-largest oil refiner, announced plans to invest 100 billion yen (about £470 m) in a solar-panel megaplant,

Construction is planned to begin in 2011, the location is yet to be decided.

Speaking to AFP an unnamed spokesman stated ‘the new plant would have an annual capacity of 1,000 megawatts, equivalent to that of a regular-sized nuclear power reactor, and outdistancing Sharp’s domestic plant, [announced last month] which has an estimated 710 megawatts a year.’