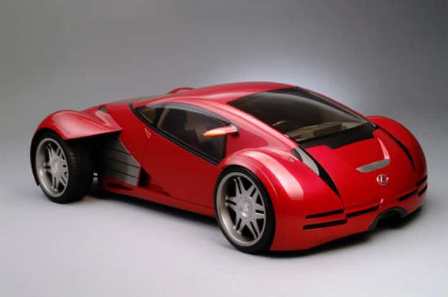 It’s hard not to notice the fact that there appears to be a bit of a boom going on when it comes to electric cars, bikes and so on. (Even though Jeremy Clarkson seems to hate some of them.)

Much of it has come from new or niche players, such as the news from Segway inventor Dean Kamen (let’s just hope this version does a little better), and also Tesla (which recently threw its hat into the ring for the new Automobile X-Prize). But there’s also growing interest from the big car makers.

The NY Times has a story about General Motors cutting a deal with a battery making firm, which it reckons could help it cruise past Toyota in the hybrid and electric-vehicle car market. Just as mobile phones did a while back, the market is rushing to switch to lithium-ion batteries, away from nickel-metal-hydride ones (remember when you used to get told not to recharge your phone until the battery was dead?).

And another story notes that Miles Automotive plans to introduce an electric car (made in China) next year:

Miles Automotive Group, Ltd. is continuing the development of advanced high speed all electric vehicles which will have speeds of 80 mph. They will meet all National Highway Traffic Safety Administration and EU standards and will have ranges in excess of 120 miles on a single charge. It is anticipated that these high speed vehicles will become available for sale by the end of 2008.

And aside from all that, Greenbang has been covering the launch of all kinds of electric bikes, like this scooter that gets 170 miles per gallon, or the Zero electric offroad bike. Bring it on, we say. We can’t wait to get our paws on ’em.

As an aside, the radical car pictured in this post is one that doesn’t seem to be coming to market: it’s the all-electric Lexus concept that was built for the film Minority Report, but there’s no known plans for it to be developed for real. (Although we wish it wasn’t!)