Is the Olympic clean up working? 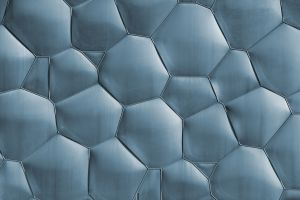 With just 16 days to go until the 2008 Olympic Games begin Greenbang’s Beijing reporter, Yan Yan, takes a look at local reaction to the city’s attempt at reducing the smog and pollution.

“I took bus to go to work today.” One of my colleagues who usually drove her own car said, and some talked about how crowed the subway was.

Today is the first work day since the implementation of the Olympic traffic ban which came into effect on July 20th. Cars are banned on alternate days depending on whether their number plates end in odd or even numbers.

“It causes inconvenience,” but they all seem to agree “it is for the Olympics – it’s worth it!”

In addition to curbing the pollution from the city’s vehicles, over 3 million in total, Beijing has taken other measures including stoppages for construction sites, mines and chemical plants.   The air and sky have not changed much for this green move, but people who live in Beijing are paying for it.

My hourly-paid maid told me that her husband is taking a “vacation” for two months thanks to the Olympic Games.  The construction site on which he worked was stopped, as such he went back to his hometown, Sichuan.

Beijing has announced that construction sites involved in excavation or cement work must stop working.  This is not a paid vacation.  He has no income during that time.

Another story comes froma friend.  When she bought a new bed, recently, the porter from the furniture factory told her: “you are lucky you know… we will not sell or make any furniture during the Olympics.” “Oh…you must lose a lot of money.”  She said. And then the porter stared at her and said with seriousness: “Lady, it is for the Beijing Olympics!”

As mentioned, personally and honestly, I have not yet seen an improvement of the air quality – almost half of the days in July were “sauna days” with grey sky, humid smog and rainy smell, and no less traffic jam on my way to work. But whenever I asked the people I know about how they feel about the sacrifice they have made for the Olympics, the most frequent answer is: “it worth it – it is for the Olympics!”

But is it just for the Olympics? When people come to realise being green is for their own sake, blue sky in Beijing will not be a mission impossible.