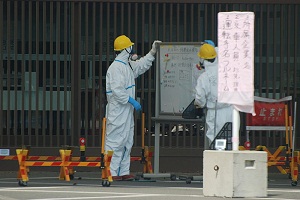 Nuclear energy stands at a strange crossroads. In one direction, the path taken by Germany and Siemens, among others, in the wake of the Fukushima earthquake/tsunami/nuclear disaster, nuclear power it on its way to being phased out. In another direction, that being pursued by countries like the US and the UK, it’s headed for a renaissance.

While citizens in disaster-stressed Japan overwhelmingly support a phaseout of nuclear power, US Energy Secretary Steven Chu welcomed the approval of the first nuclear reactors to be built in the US in 30 years as a vital part of President Obama’s “all-of-the-above” energy strategy, and the UK is preparing to invest £50 billion to develop 16 gigawatts of new nuclear capacity.

Fukushima-based fears haven’t dampened the enthusiasm for nuclear power in fast-developing economies like China, India, Russia and Korea, either.

With that kind of growth in mind, the International Energy Agency (IEA) expects global energy from nuclear sources to grow by more than 70 percent through 2035. However, it also considers it possible that other countries will cut back on development, prompting it to lay out a “Low Nuclear Case” scenario in its latest World Energy Outlook. In such a case, demand for gas and coal would increase more than currently projected, the IEA predicts, leading to increased carbon emissions, higher energy costs and increased strain especially on nations that currently rely on nuclear to make up for their lack of other home-grown power resources (which includes not only Japan but Belgium, France and South Korea).

James Lovelock, the scientist behind the “Gaia” theory, has famously said that more nuclear energy is modern society’s only reasonable strategy to prevent disastrous climate change while ensuring energy security. Wind, sun and other renewable sources, he says, can’t provide the round-the-clock reliability we need to continue living as we do.

That pronouncement has annoyed more than a few environmentalists, but others have found different reasons — economic ones, in particular — to give the thumbs-down to nuclear energy. Many peak-oilists, for example, point out that nuclear isn’t low-carbon. Nor, they add, does it make sense from an energy-returned-on-energy-invested (EROEI) perspective. (One analysis ranks nuclear power as only slightly better than tar sands on a carbon-to-EROEI scale.)

So when it comes to nuclear power, only two thing are certain right now. One, it remains a controversial way of generating energy. And, two, that’s not likely to change anytime soon.