Is carbon storage really all good? 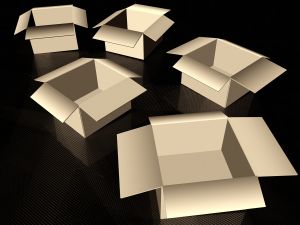 An interesting article appeared in the FT this weekend on why the UK needs to adopt carbon capture technologies asap.

Martin Rees, a lord and president of the Royal Society, and Nick Butler, who chairs the Centre for Energy Studies at the Cambridge Judge Business School, wrote the opinion piece, which argued that plans for a new coal-powered energy station in Kingsnorth (UK) should be accompanied by a carbon capture station.

Although interesting – and certainly backing carbon capture and storage (CCS), the article failed to discuss the negative points of the technology – instead relying on climate change numbers and fuel usage to back the argument.

Fair enough, Greenbang says – but there are good reasons to be cautious around CCS – perhaps most importantly that the effect on the underground environment is largely unknown. And pumping liquified CO2 in to the ground could put pressure on some of the Earth’s structure.

Greenbang is NOT a scientist and never claims to be – however, the arguments are out there and should be discussed. (See here for more…)

Saying that – Rees and Butler are trying hard to act for the best in a very short time frame. As they say:

“Small-scale projects have shown that the technology works but we now need between 10 and 20 full-scale demonstration plants to identify the most effective techniques and the most secure storage options. The Group of Eight leading industrialised nations and the European Union have endorsed this approach but very little is happening – certainly nothing with the urgency that the challenge demands.

“Each plant will cost an estimated €1bn ($1.4bn) – not a trivial sum, but a fraction of the €40bn spent each year by the EU on agricultural support and the €200bn spent by European governments on defence.”