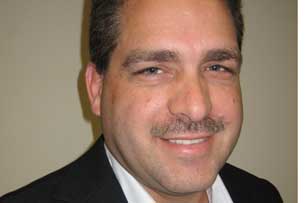 We’ve heard a lot of people talk about green IT. We’re seeing a lot of surveys flying around, which suggest to us that no one really knows what they want to say, they just want to say something.

So we were delighted when CEO of BEA Systems (Europe) Rob Ontiveros responded to our questions on his survey, which asked 480 people in the financial services, public sector, and telecommunications sectors to tell all about sustainability.

Greenbang: What is sustainable IT? It seems like a very vague term.

Mr Ontiveros: The term ‘Sustainable’ has been very much in vogue within the last year – and this has been influenced by government adopting the term, for example, the UK Government’s Sustainable Procurement National Action Plan or the government watchdog the Sustainable Development Commission. Sustainable IT reflects the fact that this isn’t just about buying the latest technology to fix the ‘green’ problem – but it’s about the investing in a technology infrastructure that will address your organisation’s green needs now and in the future. This resonates well with BEA who’s whole ethos has been around building an enterprise architecture based on SOA to future-proof your IT.

Why is there so much emphasis on IT in the green business space? And why are so many companies (yours included) talking about this now?

IT has a significant role to play in helping an organisation to become green. By adopting technologies such as server virtualization, IT can have a direct impact on an organisations carbon footprint, it also has a knock on effect in other areas of an organisation. For example enabling employees to work from home or reducing travel requirements through video conferencing etc. Gartner quotes a 2% direct impact on C02 emissions through IT and a 98% indirect impact.

BEA are talking about this now as we’ve recently announced the delivery of BEA Virtualization 2.0 – the completion of BEA’s Java application virtualization offering.

If companies such as yours are such thought leaders, why is it only now you are talking about sustainable IT? Surely the crunch time was at least a decade ago…

You’re right – the IT industry as a whole should have been leading this drive a decade ago. Awareness and the political profile simply wasn’t there, it was the dot com boom and most organisations were driven by shareholder value. Indeed the hardware manufacturers have lead the Green drive and directives such as WEEE only come into force in 2003. The software industry has been following hot on the heels, investing in R&D around areas such as application/java virtualization. The IT industry like many other sectors (as identified in our survey) are being influenced by customers and employees to address the Green issues. As an organisation we will be increasingly asked by our customers how our solutions will reduce their carbon emissions. One of the tools we’re using at the moment is a total cost of ownership calculator that examines the implications of moving to a hypervisor-based virtualization platform (www.bea.com/virtualization)

Your research sounds much the same as many other reports. What is the most interesting thing for you? And why did you commission the research?

We commissioned the research – as the majority of the other reports focused mainly on hardware issues around datacentre consolidation etc. Our research wanted to identify awareness and uptake in the relatively new market of server virtualization and in particularly Java virtualization. What was interesting was that although almost two-thirds of organizations have or are developing plans to reduce energy and emissions caused by their use of technology, they are delaying investment, partly because of cost but also because of a lack of awareness concerning the appropriate energy saving solutions. The survey uncovered that 39% of European organisations were ‘not very aware’ of a virtualization—a key enabler of the ‘green data centre’.

The most interesting finding for us from our survey was that employees have the greatest impact on an organisation becoming more ‘green’. Indeed – a survey done of BEA’s own employees showed 89% agree with this finding.