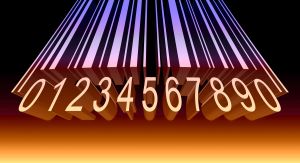 Ever walked through a wild meadow only to find yourself flipping endlessly through a field guide in a vain effort to identify an unusual plant? If so, then you’ll appreciate the work being done by an international team of researchers, who hope to develop a quick and easy “barcode”-type method for identifying some of the world’s most important wild plants.

Scientists from Australia’s University of Adelaide — along with researchers from North America, Africa, China and Europe — are collaborating to create genetic barcodes for up to 20,000 grass species around the world, using a genetic marker found in the plants’ DNA.

“Grasses are the foundation of human civilisation,” said Andrew Lowe from the Australian Centre for Evolutionary Biology and Biodiversity at the University of Adelaide. “Wheat, barley, rye and oats are all grasses, as are many important pasture species used to graze domesticated animals, but they are notoriously difficult to identify in the wild.”

The Grass Barcoding of Life Project (GrassBoL) aims to develop a standard method of genetic identification for grasses and their relatives, a breakthrough that could benefit many different areas of research, including ecology, agronomy and evolution.

“We all know the convenience of being able to scan groceries at the supermarket to create a list of what we are purchasing,” Lowe said. “Imagine being able to do the same thing for native plants in the wild … Being able to rapidly identify these grasses in their natural habitats will allow us to adapt to climate change by choosing appropriate staple crops for shifting climates.”

The international effort got under way thanks to Hugh Cross from the State Herbarium of South Australia and a University of Adelaide affiliate. Cross presented his early barcoding work on 100 Australian grass species at a recent meeting in Mexico, where an international agreement was reached to share data and scientific outcomes.

“We agreed to cooperate to develop barcodes for over 20,000 species of plants,” Cross said.

Once those barcodes are developed, the information will eventually be made available online for scientists around the world.