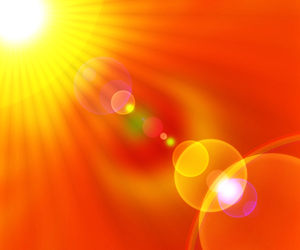 While SpectraWatt may be a name better suited to a nefarious criminal gang on the wrong side of The Avengers, it’s actually the new solar unit that chip giant Intel has spun off. (Greenbang has always been afraid of the term spin-off: she imagines a company pirouetting through the vacuum of space, Silent Running style. Damn you, sci-fi films, you have poisoned Greenbang’s tiny brain.)

The SpectraWatt spin-off seems a little more warm and friendly though. SpectraWatt will be formed from an initiative inside Intel’s New Business Initiatives and becoming an independent company in its own right.

Intel will give its baby a good start in life with investment from its VC arm, Intel Capital. Joining it in the $50 million funding round will be Cogentrix Energy, a subsidiary of The Goldman Sachs Group, PCG Clean Energy and Technology Fund and solar module manufacturer Solon.

A little more about SpectraWatt, courtesy of Intel:

SpectraWatt will manufacture and supply photovoltaic cells to solar module makers. In addition to focusing on advanced solar cell technologies, SpectraWatt will concentrate development efforts on improvements in current manufacturing processes and capabilities to reduce the cost of photovoltaic energy generation. SpectraWatt expects to break ground on its manufacturing and advanced technology development facility in Oregon in the second half of 2008 with first product shipments expected by mid-2009.