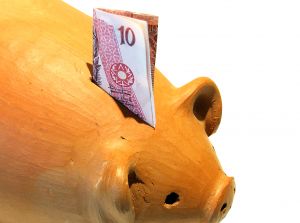 GCube is an independent insurance agency that works in the renewable energy space.

The business underwrites contracts worth up to $600m associated with the generation of renewable energy.

A spokesman for the company said: “Traditionally the big boys in insurance would underwrite these sorts of renewable projects but because they don’t understand the intricacies of the sector – they’d simply pay out to the customer when something went wrong – a frequent occurrence when dealing with new technology operating in extreme weather locations.

“However, while this meant that the project wasn’t out of pocket in the short term, it did nothing to actually help encourage the initiatives to develop. Indeed for the customer, the end result was a further headache of higher premiums as the insurance company looked to recover some of its costs further down the line…

“So instead of simply throwing money at a project when it goes wrong, GCube offers something new. It employs people who know how the industry actually works. This means that if, for instance, a blade on a wind turbine breaks, the automatic response is not simply to replace the entire unit but instead the team will advise on whether the blade can be repaired, offer advice on who can carry out the work and ultimately get the job done quickly.”

The company will be based in London and Newport Beach, California, USA with plans to open offices in the Mid-West and East Coast USA.
It will work in several energy sectors – wind, biofuels, hydroelectric, solar, and wave/tidal energy.

“In the UK, only three percent of our total energy output comes from renewable energy sources,” commented Fraser McLachlan, Chief Executive Officer, GCube. “However this is likely to undergo dramatic development in order to meet the government’s ambitious 2020 target in which 20 percent of the country’s energy comes from renewable sources.“