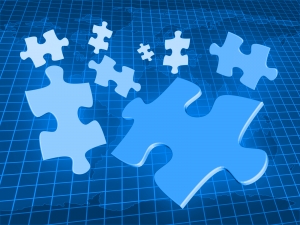 In our idealised energy future, where a fully built smart grid functions as efficiently as an “internet of things,” who will be Google?

It’s a provocative question, no doubt. Still, it’s probably far too early yet to identify the organisation likely to end up dominating the smart-grid sphere. Will it even be just one organisation, or will there be multiple “Googles,” each controlling its individual grid or supergrid realm?

At the moment, smart-grid development stands at about the point the internet did in, oh, say, the late 1990s, when dial-up access was still the norm for most web surfers. It’s sobering to note that Google itself was incorporated only in 1998 … ages ago in internet time, but less than a single generation in people years. Who would have looked at Google back then and anointed it the future ruler of the ‘net?

Of course, the development of the internet of things won’t really parallel the other internet. As Tim Healy, CEO, chairman and co-founder of energy management application provider EnerNOC has noted, the smart grid won’t have as broad an appeal as the web: “It’s not going to be about getting electrons to dance in a different colour.” This internet will be strictly utilitarian, rather than for entertainment.

Ultimately, we can expect plenty of consolidation, shakeouts, mergers, acquisitions and — eventually — dominant players. But it’s a fair bet to say the future leaders will be the service-offering innovators, rather than the nuts-and-bolts hardware and infrastructure providers … just has been the case with the internet. For now, which innovators those will be remains anyone’s guess.