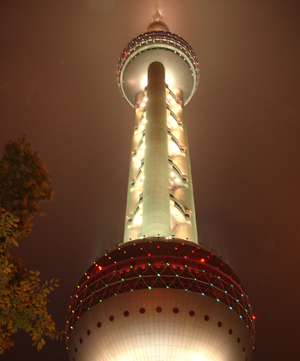 Like feet on Canadian coastlines or men accidentally shooting themselves in the head with nail guns, some things turn up far more often than you think. Like World Bank grants.

Not one month after the World Bank said it will be distributing $5.5 billion for clean tech projects in developing countries, the International Finance Corporation (IFC), part of the World Bank, is ready for the follow up.

For this sequel, the IFC will be Alien to the Shanghai Pudong Development Bank’s Predator. Only with less extra terrestrials and more cash grants.

The twosome have paired up to “support energy-saving projects that will help reduce 3.5 million tons of carbon dioxide emissions in China annually”.

And all that supporting will come in the form of a risk-sharing facility from the IFC to the bank to the tune around $72.5 million, which will help the Shanghai Pudong Development Bank spend around $145 million on the Chinese energy efficiency projects.