IBM and Saudi Arabia team up on green nano-tech lab 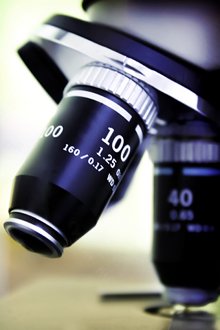 Imaging having a shedload of tiny robots to do your bidding. A fabulous idea, is it not?

Now the Saudis have an idea to do precisely that, and have enlisted IBM to help them out. Rather than world domination, as tiny robots might be more suited to, Greenbang would argue, IBM and King Abdulaziz City for Science and Technology – the Saudi Arabian national research and development organisation – are launching a green nanotech lab.

IBM and Saudi engineers will work together on nano-science and nano-technology programs in the fields of solar energy, water desalination and petrochemical applications such as recyclable materials.

The first-of-its-kind agreement will enrich the know-how of Saudia Arabia’s scientific community and advance the Saudi government’s economic development and policy initiatives in the fields of alternative energy, water treatment and materials science. At the same time, it will advance IBM’s strategic interests in nanotechnology and environmental innovations, through access to the materials and technology created as a result of the agreement.

The joint research work in solar energy will include a focus on novel materials for the direct conversion of sunlight to electricity, known as photovoltaics. The water treatment research will focus on the use of new nano-membrane materials for reverse osmosis seawater desalination. The research on efficient organic catalysts builds on IBM’s advance materials expertise to develop novel synthetic methods for recycling of plastic materials.