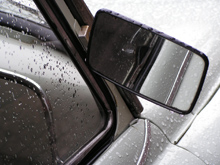 Greenbang can hardly keep up with which car makers have leapt on the green bandwagon and promised either hybrid or hydrogen vehicles. Luckily, promoting eco-credentials is hotter than leftover hot cross buns right now so Greenbang will quickly bring you up to speed, so to speak.

The latest bunch to produce green motors: Hyundai. If you’re of a lazy cast of mind and can’t be bothered to read on, the company opted for hybrid vehicles, set to be on the road from next year and have a small fleet of fuel cell electric vehicles by 2012.

Hyundai will begin its first mass production with the compact-sized LPG model, the Avante (Elantra) LPI (Liqufied Petroleum Injection) hybrid, a car that uses both Liquefied Petroleum Gas and electricity. In 2010, Hyundai plans to introduce mid-sized hybrids that use gasoline and LPG.

Currently, Hyundai provides Verna (Accent) hybrid models to government agencies as pilot projects. The plan is to expand the line-up to mid-sized sedans and beyond for mass production, starting from 2009.

Based on the technology accumulated from producing these cars, Hyundai will from 2009 mass produce hybrid cars that use LPG, which creates less pollution than conventional cars. Hyundai is also kicking its development plans into full gear with the aim to mass produce Fuel Cell Electric Vehicles (FCEV) beginning 2012.

Hyundai plans to expand a demo fleet of FCEV´s to 500 units by 2010, including mid-to-large size SUVs, then establish a small production system to begin mass production from 2012.

1 thought on “Hyundai hybrids coming next year, fuel cells in 2012”