Hydrogen to clean up fossil fuels 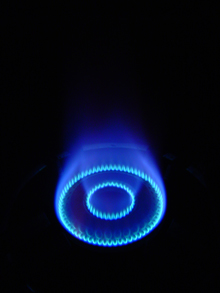 Take fossil fuels, strip out the carbon and replace it with clean-burning hydrogen. While Greenbang is wondering if that’s a little like taking Jeremy Beadle, putting a pair of shades on him and saying it’s now Bono, any effort to clean up fossil fuels can’t be a bad thing.

The Star gets down and dirty with the dusty tech, like this:

The company’s technology is called CarbonSaver – basically a low-temperature plasma reactor that uses low amounts of energy and, according to Wagner, doesn’t emit greenhouse gases. When natural gas flows through the CarbonSaver device it disassociates hydrogen and carbon from a portion of the gas. The carbon is removed in solid form as a kind of black dust. The hydrogen is injected back into the natural gas stream, representing between 15 and 20 per cent of its volume.