Hybrid cars: a threat to the blind? 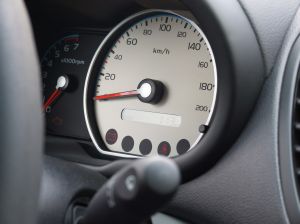 Here’s an interesting one. Apparently, there’s a problem with hybrid cars. They’re too quiet – a problem Greenbang would equate with rich people bemoaning that they have so much money, it gives them a headache thinking about how to spend it.

But no, this dearth of noise really is a problem. Without the roar of petrol echoing through a car, the powers that be think that oh-so-quiet hybrids will mean blind people and other pedestrian won’t be able to hear them coming.

To protect the blind, a bill is wending its way through the US parliament that would see hybrid makers compelled to put “audible means for alerting people that cars are nearby”, according to the International Herald Tribune.

The paper also says a study on hybrid cars found that hybrids had to 40 percent closer than normal cars before people can hear them.

Greenbang has an idea how to solve this problem: all hybrids to play tunes, like ice cream vans. And while they’re at it, carrying some ice cream wouldn’t be a bad idea too.