How to link behaviour and emissions 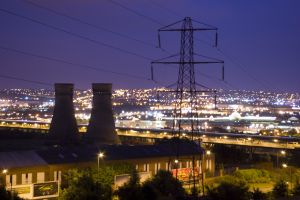 It seems the NGO The Climate Group has created an indicator which, according to its website, ‘provides accurate and real time information on greenhouse gases produced each week from energy use.  It is a unique tool designed to bring greater understanding to the issue and to help track greenhouse gas emissions in selected Australian States.’

Each and every week we release greenhouse gas emissions into the atmosphere. Because they can’t be seen, it is difficult to understand how much is being produced.

All countries provide a detailed annual report of their greenhouse gas emissions. But such reports are normally released up long after the emissions have occurred. Thus this information, while comprehensive and critical for policy planning and scientific assessment, arrives too late for us to respond to it in the manner necessary to tackling this problem.

From speaking to Lauren Bird, The Climate Group’s senior press officer, Greenbang learned that the information is not only placed onto the website (being an NGO it’s not going to get that much traffic) it is also announced on the state radio stations announcing activity that will have caused surges – air conditioners or hot days etc.

There is a small rumour that the project may be coming to other locations, however, Greenbang suspects that the media partners will need to be signed up first.