How to get smart about ‘the next oil’: Water

water70
It’s been said that water is the next oil … as in, it’s the next resource we’ll find increasingly harder and more costly to... 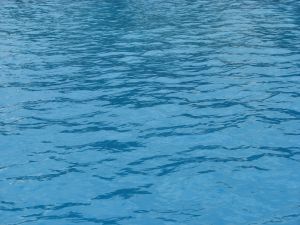 It’s been said that water is the next oil … as in, it’s the next resource we’ll find increasingly harder and more costly to use. That presents a growing challenge not only for individual users, but for the water companies that supply them.

Water utilities, like electricity companies, are trying to meet the challenge by adopting “smart” technology that measures, monitors and manages every last drop flowing through their systems. That’s not always easy, considering the water infrastructure in many parts of Europe, the US and elsewhere are aging and prone to failure … even moreso than power grids.

Adding a layer of “smart” onto even outdated water systems, though, can help bring service into the 21st century. In India, for example, a residential water meter upgrade in Delhi is aimed at — for the first time — getting actual measurements, rather than estimates, for how much water people are using. In a city where more than half of water customers have either a defective meter or no meter at all, those kinds of measurements could help prevent a tremendous amount of water waste.

In water-stressed Australia, an updated metering system in the remote town of Kalgoorlie is designed to not only identify water leaks in a place where every drop counts, but to send automatic alerts to the utility so those can be repaired as quickly as possible. Other cities in the country are pursuing similar upgrades, funded through the Australian government’s National Water Security Plan for Cities and Towns program.

Another advanced metering system being deployed in parts of the US can measure very low flows of water, again with the goal of identifying leaks early, before too much water goes to waste. The iPerl technology, developed by Sensus, not only helps water companies get smarter about resource management, but is itself smart: a solid-state design with no moving parts, and made of recyclable materials.

In a world where population growth, rising urbanization and climate change are all putting pressure on supplies of clean, fresh water for drinking and other uses, water quality controls will also have to become a whole lot smarter. After all, if large numbers of us become dependent on drinking reclaimed wastewater — as a recent report from the US National Research Council (NRC) suggested — we’ll want plenty of reassurances that it’s safe to do so.

“The very nature of water reuse suggests that nearly any substance used or excreted by humans has the potential to be present at some concentration in the treated product,” the NRC report stated. “Modern analytical technology allows detection of chemical and biological contaminants at levels that may be far below human and environmental health relevance.”