How to explore space without fuel 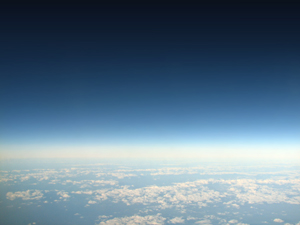 Not only a great collection of words, the electric solar wind sail is also set to help humankind explore and research space – all without fuel. Greenbang doesn’t think things can get much cooler.

So how does it work?

The electric sail uses solar winds as its propulsion, and so doesn’t need any fuel and the device uses “long metallic tethers and a solar-powered electron gun which keeps the tethers positively charged. The solar wind exerts a small but continuous thrust on the tethers and the spacecraft”, according to the Institute.

Greenbang was actually wrong, it can actually get cooler. Much cooler. Here’s how, courtesy of the Institute:

if and when realised, the electric sail could enable faster and cheaper Solar System science and exploration. It might also enable an economic utilisation of asteroid resources for, e.g. producing rocket fuel in orbit.

“The electric sail might cheapen all space activities and thereby for example help making large solar power satellites a viable option for clean electricity production. Solar power satellites orbiting in the permanent sunshine of space could transmit electric power to Earth by microwaves without interruptions. Continuous power would be a major benefit compared to e.g. ground-based solar power where storing the energy over night, cloudy weather and winter are tricky issues especially here in the far North”, says Dr. Pekka Janhunen.