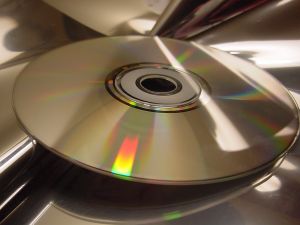 With World Environment Day coming up tomorrow, Deutsche Telekom has found an easy way to help reduce carbon emissions: download your software instead of buying it as files on disc.

Ditching so-called “hardcopy” software packages in favour of direct downloads could reduce the global software industry’s carbon footprint by as much as 80 per cent, according to Softwareload.co.uk, which is Deutsche Telekom’s UK software download portal.

A cultural shift away from buying physical software packages could help significantly reduce consumers’ carbon footprint, as well as save them time and money, said Dirk Lebzien, head of Softwareload (which has itself gone carbon neutral via offsetting).

“The environment is high on personal, governmental and corporate agendas and we all want to do our bit to reduce the impact of our modern life on the planet for future generations,” Lebzien said. “By downloading software packages, we cut out energy consumption involved in producing CDs, packaging and transporting them, as well as the fuel we use travelling to stores to buy them. Downloading personal and business software packages is a proven way to not only save the time and some of the expense involved in shopping for physical software packages, but we’ve also proven that it can help the environment too, which can only be a good thing.”

In a recent survey for Softwareload, YouGov plc found that one in five (21 per cent) Britons now download and install software directly from the internet.

1 thought on “How to cut carbon? Ditch the CDs for downloads”