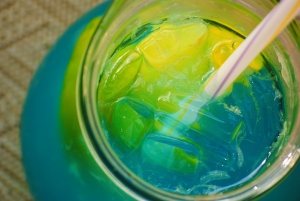 There’s been a lot of crowing in certain media arenas lately about the “death” of peak oil:

“For every barrel of oil produced in the world from 2007 to 2009, 1.6 barrels of new reserves were added,” Businessweek recently gloated, noting that we’re “awash” in not only oil, but many other natural resources for which estimated reserves — and the technological capabilities to extract them — keep going in just one direction: up.

“Technological advances enable companies to image, drill and shatter subterranean rocks with precision never dreamed of in decades past,” noted a Bloomberg piece announcing the fading of the “peak oil scare.” “Trillions of barrels of petroleum previously thought unreachable or nonexistent have been identified, mapped and in many cases bought and sold during the past half decade …”

Forbes, meanwhile, gushed about “Fulsome Fossil Fuels and the ‘Peak Oil’ Myth,” pointing out that all the latest oil industry news promised a “scenario of abundance.”

There’s abundance all right … an abundance of misunderstanding of what peak oil actually means. And what it means is this: oil isn’t going to run out anytime soon — but production will eventually be headed toward a downward slope. M. King Hubbert’s description of oil’s decline doesn’t address reserves. What it does say is that, for every natural resource (in this case, oil), production begins slowly and eventually rises steeply, then reaches a peak before sliding down an equally steep slope on the other side.

Production, in other words, is akin to how much lemonade you can suck through a straw and drink at any point. Your Super-Duper-Sized Gulp cup might hold 8,400 ounces of the refreshing beverage, but you’re only going to be able to drink so much at once. If you’re the only one drinking from the cup, that’s not a problem. But if two, then four, then eight, then 16, friends say they’re thirsty too and want to share, it gets increasingly tricky to satisfy everyone’s thirst.

Several leading scientists have recently observed — in Science and Nature — this is the problem area we’re entering. (Unfortunately, the paywalls of academia prevent these observations from making it to most mainstream readers.) And global production figures bear that out: since 2005, we’ve essentially been on a plateau, with increased production of unconventional sources masking, and also barely able to keep up with, a sharp decline in the output of conventional oilfields.

What does this mean? It means we’re running harder and faster (from the perspective of extraction efforts) to stay in place. And that — not how many oceans of oil might be buried deep underwater or trapped in ancient shales — is what matters to a society that’s used to running (and is currently, in many places, still economically limping) on 89 million-or-so barrels of oil per day.