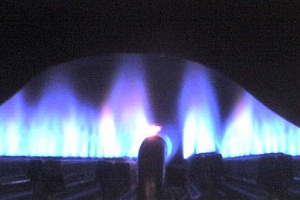 In his most recent State of the Union address, President Barack Obama laid out an all-energy-sources-go strategy for boosting the country’s energy security. That strategy, he added, was bolstered by the fact that, “We have a supply of natural gas that can last America nearly 100 years.”

Earlier that same day, though, the US Energy Information Administration (EIA) released a sneak-peek at its 2012 Annual Energy Outlook, which included a dramatic cut in the agency’s estimate of “technically recoverable” shale gas resources from 827 trillion cubic feet to 482 trillion cubic feet. The agency attributed the revision to a rapid improvement of information based on extensive drilling in areas such as the Marcellus shale formation. Despite that correction, the EIA predicts US natural gas production will rise significantly between now and 2035, with 49 percent of supplies at the end of that period coming from shale gas.

In its last World Energy Outlook, the International Energy Agency (IEA) prefaced its forecast for global natural gas production with the headline, “Nothing but blue skies?” Like its US counterpart, the IEA expects a wealth of natural gas supplies over the next two decades. And, as does the EIA, it predicts that about half of those supplies will come from “unconventional” sources such as shale gas formations.

There are a few bumps on the optimistic roadmap being drawn for natural gas, though. A New York Times investigative piece last year, for example, quotes industry insiders who believe the current shale gas fever is “inherently unprofitable,” a “giant Ponzi scheme” that “reminds you of dot-coms.

There are also the questionable impacts of hydrofracturing, a chemical- and water-intensive process for releasing natural gas from underground rock formations that opponents have linked to poisoned wellwater supplies and flammable streams of gas emerging from kitchen faucets.

And then there’s the nature of the natural gas deposits themselves. While shale formations might hold plenty of gas, wells dug to extract that gas deplete quickly, with production dropping by as much as 60 to 90 percent from peak in the first year alone.

In one of its three energy-outlook scenarios, the IEA expects global demand for natural gas to hit 4.75 trillion cubic meters by 2035 — up 55 percent over 2009 levels of 3.1 trillion cubic meters. That’s always been a tricky aspect of the IEA’s outlooks, though: the agency typically focuses on demand rather than on production … and “it’s production that matters,” as researchers James W. Murray and David King recently pointed out in a commentary in the journal Nature.